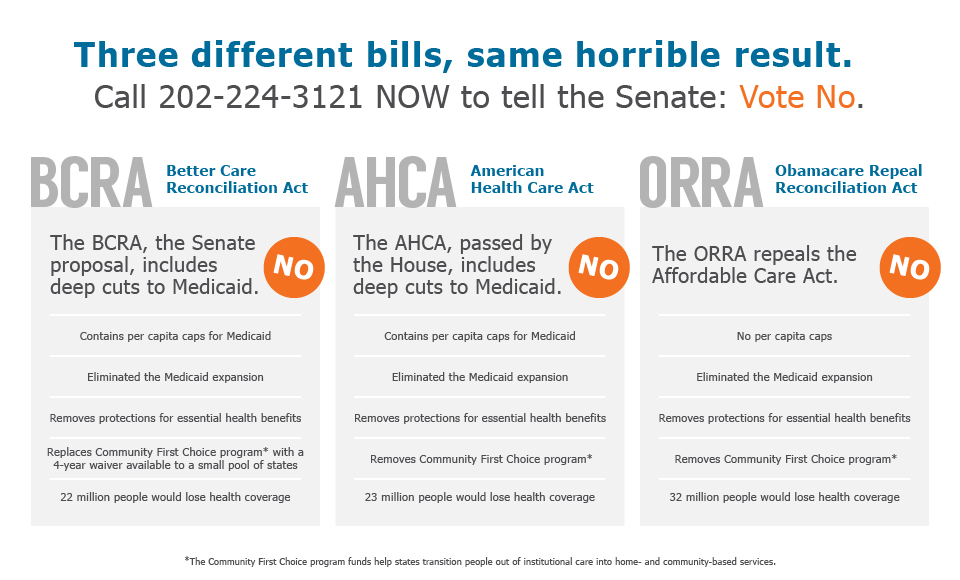 The Senate voted earlier today to begin the process of repealing and replacing the Affordable Care Act with the American Health Care Act (AHCA). Although the bill put forward was the AHCA, we have no idea what the bill will look like when it gets out of the debate and amendment process.

Legislation that would cut and cap the Medicaid program, which would harm people with intellectual disabilities, is still on the table.

A final vote on a bill will take place Thursday or Friday. (For a play-by-play view of what steps come next click here.)

Right now, Senators need to hear, again and again, how important Medicaid is for the people Mosaic supports.

Many senators have expressed reservations to all or part of the bill and they need to hear from you. Tell them to vote no on any bill that cuts, caps or jeopardizes Medicaid and its lifesaving programs.

“Hello. I’m a constituent who cares deeply about policies that impact people with intellectual disabilities. I’m calling to ask the Senator to vote NO on any bill that cuts and caps Medicaid funding or jeopardizes the Medicaid system. Cuts or caps on Medicaid are unacceptable. Without proper Medicaid care and funding, people with disabilities won’t be able to lead healthy lives, work or live in their communities. Thank you for your time.”

Keep making your calls, encouraging your friends and family to call, and being a fierce advocate for people with intellectual disabilities.

Millions of lives depend on it.