1 in 59: Measuring Autism Prevalence in the US Reveals Gaps in Diagnoses and Supports 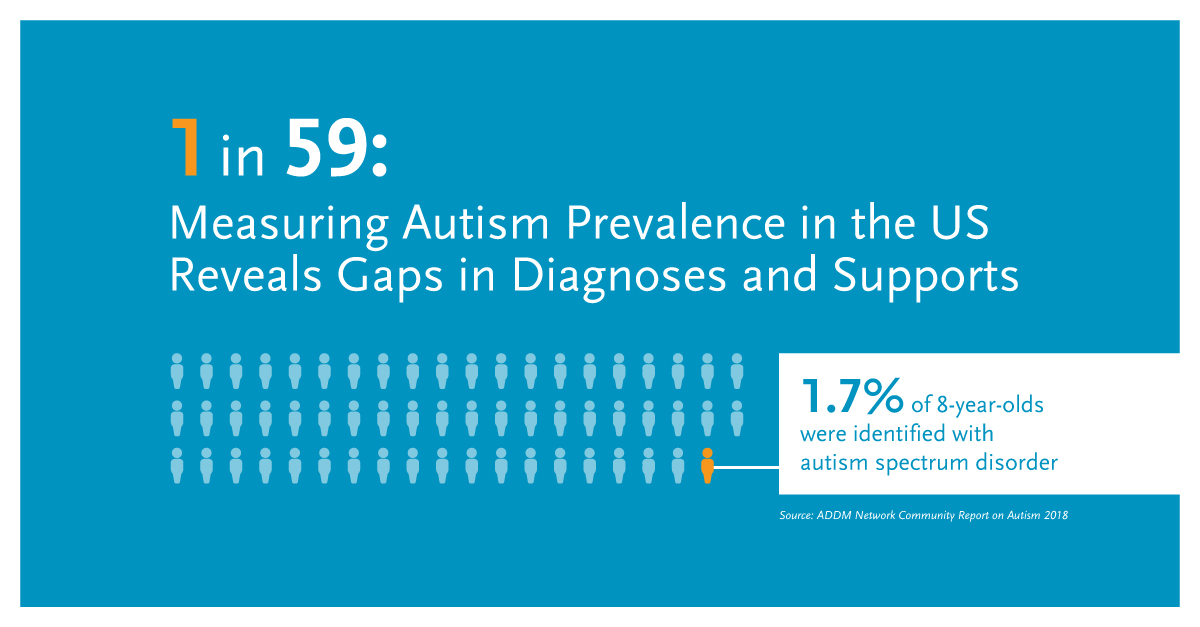 Late last month the Autism and Developmental Disabilities Monitoring Network released its latest study on the prevalence of Autism Spectrum Disorders in the United States. As in previous years, identification numbers went up.

According to the survey, about 1 in 59 8-year-olds or 1.7 percent of children surveyed were diagnosed with autism. Previous studies also identified a higher prevalence of autism in white children, specifically boys. The new study showed a smaller gap between diagnoses for white children and children of color and between boys and girls.

New numbers indicate that white children are 1.1 times more likely and 1.2 times more likely to be identified as having an autism spectrum disorder than their black and Hispanic peers, respectively. The diagnostic disparity between boys and girls was reduced as well.

Much of the difference can be attributed to the narrowing of racial and gender disparities in autism diagnosis, services and support. The report also suggested that early diagnosis and evaluation for students with developmental concerns continues to be below stated goals.

While not exhaustive, this survey gives an important snapshot of autism in the United States. We know that acceptance, proper support and inclusion can make a huge difference. Studies like this help us plan and work to ensure that every child and adult receives the support they need.

In the last few years, Mosaic has put an extra emphasis on training employees to serve people with autism, educating leaders with the latest research and listening to the people we support who have autism – all to make sure we can support them in the best way possible.

We know that there is still a lot to learn about the number of people with autism in the world, as well as the best way to support them to lead meaningful lives.