Not long after being invited to join the Mosaic International team, I learned my orientation would include a trip to Tanzania.

Preparation for the trip included reading background information on partnerships; reviewing stories of the people served; studying the culture of the country; and looking at the data available on needs, services and children being served. I was ready. Or was I?

What started out as a business trip to gain “on the ground” knowledge and appreciation for the work being done in Tanzania actually changed me as a person.

Immersing myself into Tanzanian culture was unsettling at first. The physical surroundings were so different from home. The warm weather alone was a stark contrast – 88 degrees compared to two degrees in Omaha. Then there were the smells, the dirt roads, the blockades where police would stop cars randomly (our bus was stopped 6 times during the visit), and the money – Tanzanian shillings, where 2,000 equaled $1. I felt rich!

Visiting with our partner organizations, the Northern Diocese and Building a Caring Community (BCC), was impressive.

Walking into the first center, however, took my breath away as I tried to figure out how quality services could be provided to our children with intellectual disabilities in this facility.

It took a moment to realize it was my perspective that needed adjusting. Instead of thinking about the physical surroundings, the focus should be on the people.

At this point that the environmental differences faded away, and I started seeing people who cared for one another, who gave freely of themselves and who were incredible hosts and hostesses.

There was a genuine connection between the dedicated staff who were giving so much of themselves and the joyful children being served. While looking into the eyes of these young people, I began to understand the incredible world in which BCC operates and makes a difference every day.

It might be easiest to explain by introducing you to my friend, Premus.

Premus is a young man who started attending the BCC Center when he was 11 months old. His story has been shared at Mosaic for several years, and we’ve watched him grow through pictures and words.

Not only had I read his story, but I’d also shared his experiences with groups who wanted to learn more about our international work. He is now a young man, nearly nine.

It was pure joy for me to meet Premus in person. When I arrived at the Center, he was being gently placed into his standing board. (So much more primitive than anything I had seen in America.) He was excited to get upright, and ready to play with everyone.

Premus and I immediately connected. Just as I was drawn to him, he too, knew we were friends. He grabbed my hand, holding tightly, and we never let go until it was time for me to leave.

It wasn’t about his background, the assistance he is provided or the challenges he faces on a daily basis. We simply enjoyed each other’s company, playing together, laughing at all the activity around us.

At one point, I got my phone out to see if he had ever taken a selfie. He knew immediately what was happening and was excited. He liked seeing himself and wanted to see our pictures together. His smile lit up the entire area. His friends joined in, posing with him. Playing with him was just like being at a family gathering. Halfway around the world, I found myself with family, doing the same silly things I do when my own big family gets together.

In the end, there are many differences with the physical surroundings of Tanzania, but it’s the people that draw you in, energizing all those they meet. They share and give so much of themselves.

My life has been transformed as a result of this story, and so many other first-hand experiences I had are forever imprinted on my heart. 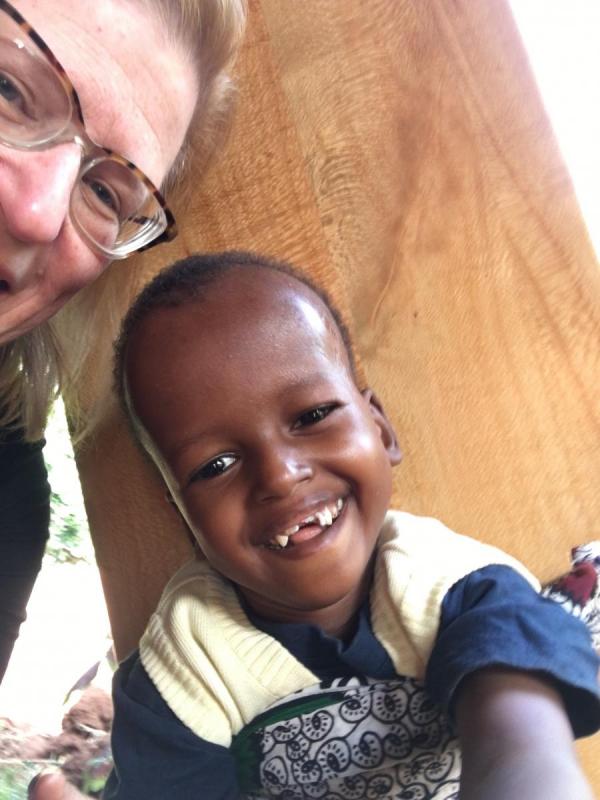 What was once a very pleasant story is no longer just a picture with words; it’s a personal experience about this special young man that has so much to share.

It is my goal to be the best partner possible with BCC, so they can continue to grow a caring community and provide more children a meaningful life.

We will be taking a group of caring people to Tanzania this July for another Discovery Trip. Please consider this your personal invitation to join me. It promises to be life changing.

The Promise Magazine is Online!

The Promise Magazine is Online!

READ MORE
Kelly Will Not Be Held Back

Kelly Will Not Be Held Back