Politicians and bureaucrats sometimes make it really hard to be interested in what’s happening in our nation’s capital. Lately I’ve been exhausted by all of the news headlines being dominated by rumor filled, he-said she-said, partisan posturing. Even we political scientists and recovering bureaucrats get fatigued by the political morass.

Even though there is not a concrete Medicaid reform proposal on the table, sources say that congressional leadership and the Trump Administration are considering using block grants or per capita caps to reduce Medicaid spending.

In this unrelenting environment, it’s crucial we maintain our vigilance and robust advocacy efforts since programs for people with disabilities will quickly become part of the pivotal discussions occurring on Capitol Hill. In order to make sure people with disabilities have adequate support, we have to know how changes to federal funding might affect this vulnerable population. 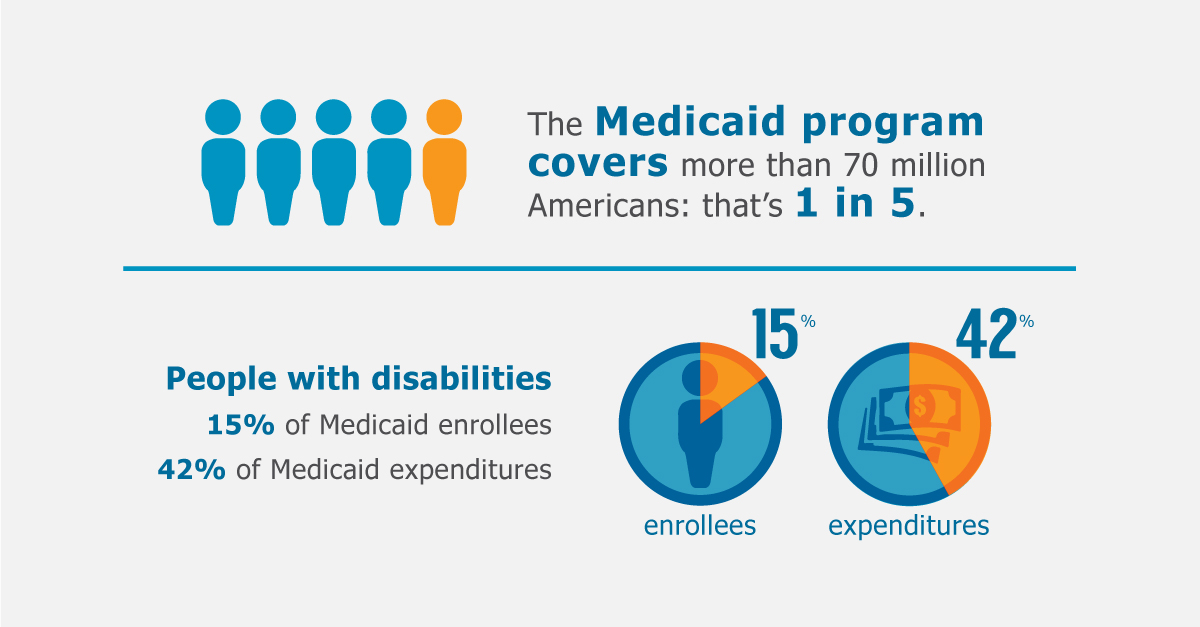 But first: What is Medicaid and how does it work?

Programs are generally considered to be “entitlements” if legislation requires the payment of benefits to any person or unit of government that meets the eligibility required by law, and the program’s budget automatically increases as the eligible population grows. For Medicaid, if you qualify and meet eligibility, then you have a right to receive benefits that are funded by the government.

Medicaid is a safety net.

Medicaid is the main source of long-term care coverage for people with intellectual disabilities. People with disabilities account for 15 percent of Medicaid enrollees and for 42 percent of its expenditures.

Medicaid is a partnership between states and the federal government.

Medicaid programs are administered by states, according to federal requirements. The federal Centers for Medicare and Medicaid Services (CMS) monitors the state-run programs and establishes requirements for service delivery, quality, funding, and eligibility standards.

Because the federal guidelines are broad, states have a great deal of flexibility in designing and administering their programs. As a result, Medicaid program eligibility and benefits can vary from state-to-state.

Medicaid is a lifeline.

Medicaid entitlement funding sustains critical services and supports for people with disabilities. Previous block granting and per capita cap proposals have sought to remove Medicaid as an entitlement and limit Medicaid spending.

If this happens funding for critical services and supports for people with disabilities will likely be reduced and not all people qualifying for Medicaid may receive benefits. This will lead to a regression in the progress people with intellectual disabilities have made in the last 60 years.

To learn more about advocating for and with people with intellectual disabilities, sign-up for Mosaic Allied Voices.