Never Too Old to Help Others 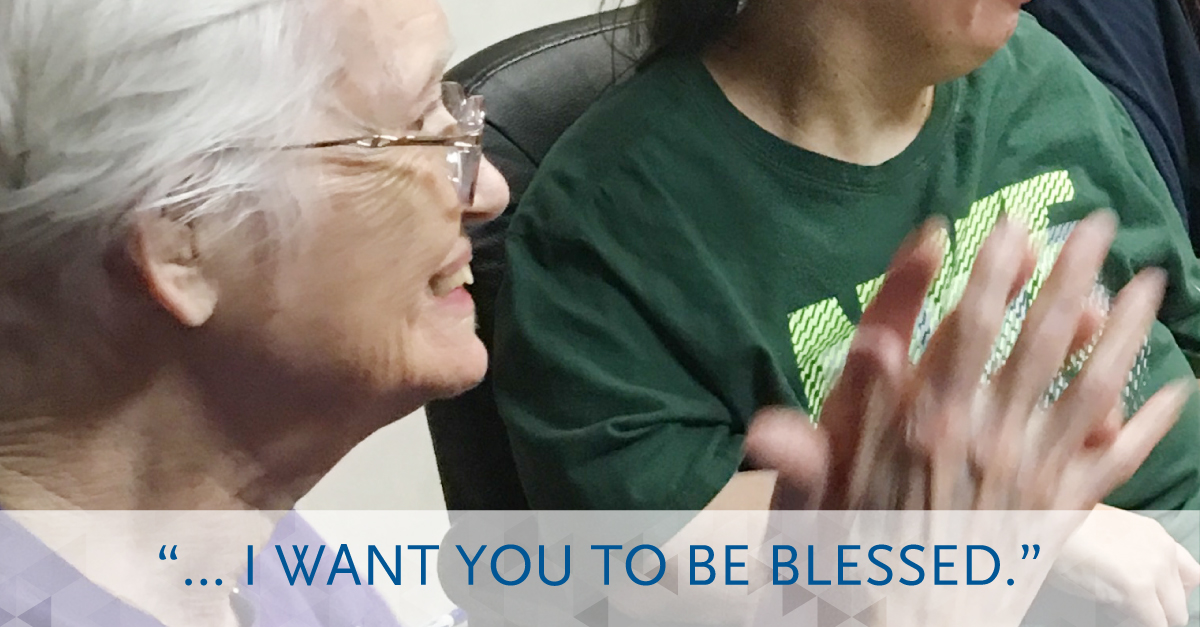 Gerene Rowe talks of the “kids” she helps as a volunteer at Mosaic in Lubbock, Texas. She readily admits they’re all adults (some even with gray hair), but to the 97-year-old, nearly everyone is a kid.

Every Friday, you’ll find Gerene and her daughter, Jan Lupton, playing Bingo or “killer Uno” with people served by Mosaic.

“It has become a part of my life. I just really enjoy it,” she said.

Jan was the first to volunteer. She got involved when Kim Davis, the local community relations officer, met her for coffee and invited her to become more familiar with Mosaic. Jan was moved by what she learned when she attended a Discover the Possibilities event at Mosaic, but was hesitant to get involved.

“I told Kim, ‘I don’t have one more nickel to spend, and I don’t have five more minutes to give,’” Jan said.

But a couple weeks later, she called back and wanted to volunteer. Jan came into the Day Habilitation program and worked with people putting puzzles together. That morphed into playing games. Along the way, the group she serves went from one to more than a dozen at times. She was hooked.

She invited her mother to come along soon after she started. Gerene, who will be 98 in July, uses a wheelchair, but her mind hasn’t slowed down at all. She still balances her checkbook and does her own taxes.

Gerene loves the personalities of the people she helps. Uno, she said, has come to be called “killer Uno” because of the competitiveness of the people. Jan said one young woman “just dies laughing” when she can play a card that makes Gerene add four more to her hand.

And another, who usually sits on the other side of Gerene, loves nothing more than to play the ‘skip’ card when Gerene could otherwise win the game.

Despite the fierce competition, Gerene said, her joy comes from watching people celebrate their wins and successes. And, the prizes.

Jan and Gerene load up on prizes to share each week. Some are things Gerene wins at the Bingo games at the assisted living facility where she lives. Others come from the regular trips the two make to the dollar store.

Volunteering helps Gerene find a purpose for her day.

“I get up on Friday morning, and I’m ready to go be with those people,” Gerene said. “They just make me feel good.”

She is glad her daughter invited her. And Jan continues to invite others, too.

“I tell people, ‘You need to come be with me and mom,’” Jan said. “’It’s not necessarily because we need you there. It’s because I want you to be blessed. These people just make my heart happy.’”