1986 was a time of massive change for both Bethphage and Martin Luther Homes, Mosaic’s predecessor organizations.

Seen as leaders in the field, both organizations received multiple requests from states across the Midwest during the 1980’s to build community-based service programs. The organizations spread rapidly, but 1986 was probably the largest year of expansion.

The expansions were no small feat for Mosaic’s legacy organizations, which spent the better part of the 1980s expanding from two campus locations in Axtell and Beatrice to more than 50 communities across the nation today.

While the increased funding helped Mosaic’s mission grow to areas that greatly needed services, it meant the organizations had to make changes to appease federal regulators as well as address new needs from people with intellectual disabilities and their families.

Changes included Bethphage moving its headquarters from rural Axtell, Neb. to Omaha and the movement of many long-time residents of the two campuses back to their home states because states would no longer fund out-of-territory programs.

It was a bittersweet time for both organizations, filled with teary goodbyes and exciting new opportunities for staff and residents alike.

“There were a lot of mixed emotions. The parents didn’t really want their family members to leave,” said one staff member of Martin Luther Homes who lived through the transition. “It was something that was a little hard to do particularly when you were in the communities and trying to establish these group homes and experience the resistance of the community to our moving children or young adults into their area.”

Throughout the expansion, Mosaic’s commitment to ensuring that people had the best life possible remained, even working with parents to establish group homes for their loved ones in their home states, as pictured below. 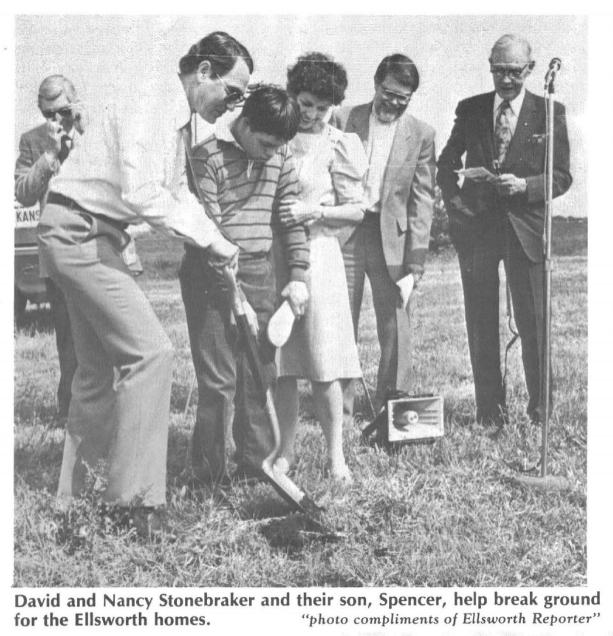 Today, as Mosaic expands Mosaic at Home, and navigates an ever-changing landscape of funding concerns and evolving expectations from parents and people in service, that commitment is stronger than ever.