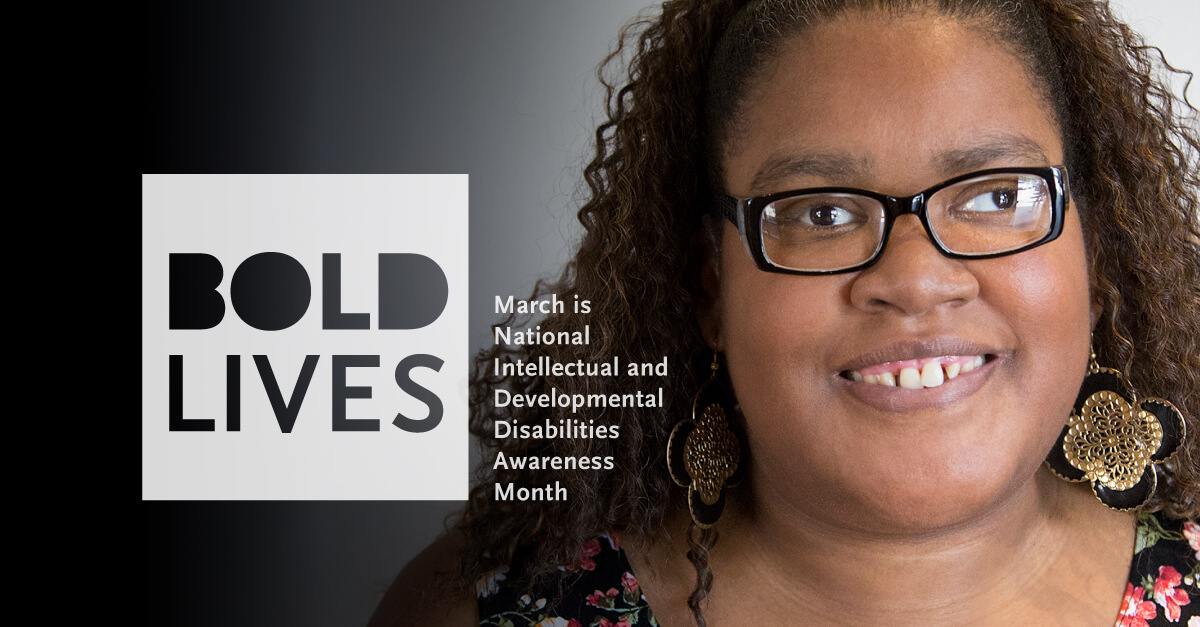 Saretta is rightfully proud of who she is and what she has achieved the last few years. She also has a lot to look forward to.

Years ago, Saretta had a part-time job washing dishes. She didn’t like it, but she kept working because she wanted to be able to help her mother, who already struggled to make ends meet for the two of them.

When she and her mother were evicted from their home, it became even more difficult financially. When Saretta was able to get into services and housing for people with disabilities she was pleased, she said, because it also made things easier on her mom.

Saretta learned new office skills so she could get a different job. The management where she was washing dishes didn’t make her feel valued. Saretta set her mind on finding a job where they would appreciate her. And she got one – complete with her own name plate.

Not wanting to rely on others for things, Saretta also set a goal to pass the state exam that would allow her the freedom to take her own medications and not have to ‘report in’ at scheduled times for it. Of course she passed and earned herself greater independence.

Saretta has become a public speaker, sharing her story with people. She has also visited classrooms to talk to students as part of the Spread the Word to End the Word campaign. Saretta lets people know that the ‘r-word’ is hurtful to people who have disabilities.

But most of all, she is Saretta.

Saretta has a great capacity to make others laugh and smile. She lets people know they’re appreciated and cared for. You know, and are thankful, when she’s around.

March is National Intellectual and Developmental Disabilities Awareness Month and the best way to celebrate is to share stories of the bold lives of the people served by Mosaic.

They tell the diversity of people with disabilities. Their successes show the importance of awareness about the issues that affect their lives.