It’s Thursday morning at 9:30 in the small and tightly-knit community of Beatrice, Nebraska. Along the town’s main street, people have been getting in a line that starts at 506 Court Street and winds to the end of the block—and they’ve been lining up since an hour before. To outsiders, they may wonder what all the fuss is about. But those who live in town know 506 Court Street is the Bargain Box thrift store that benefits the local Mosaic in Beatrice and the people served there with intellectual and developmental disabilities (IDD).

Many say Bargain Box is just as good as any department store in the area, with its fanciful window displays, clean floors and shelves, and its gently-used merchandise placed thoughtfully in various categories and sections on the shopping floor. Here, you can get something absolutely wonderful for 50 cents to five bucks; once in a while there may be a tony luggage set which will put you back a mere $20 bill.

Bargain Box started in Beatrice in 1961 with a group of ministers’ wives who felt the residents with IDD in the nearby, then-named Martin Luther Homes didn’t have all they needed; specifically, they wanted to raise money for the residents to buy necessary items the state wouldn’t or couldn’t provide.

They came up with the idea of opening a thrift shop. While they aimed to raise donations, the volunteer time needed to run it was crucial to its success. But, they were up to the task.

Calling themselves “The Children’s Guild,” they secured a free space in the basement of the now-defunct Palmer’s Furniture Store. With the newly elected Mrs. John Elliott as their inaugural president (this was at a time when women went by their husbands’ first names and not their own), each volunteer brought a seed amount of $15 from their own belongings to sell when they first opened their doors to the public. It was around then when they aptly named the store “Bargain Box.” While it’s had several addresses during its tenure, the 506 Court Street address has generated the most foot traffic and visibility, said Carlyn Koenig, the group’s marketing director. 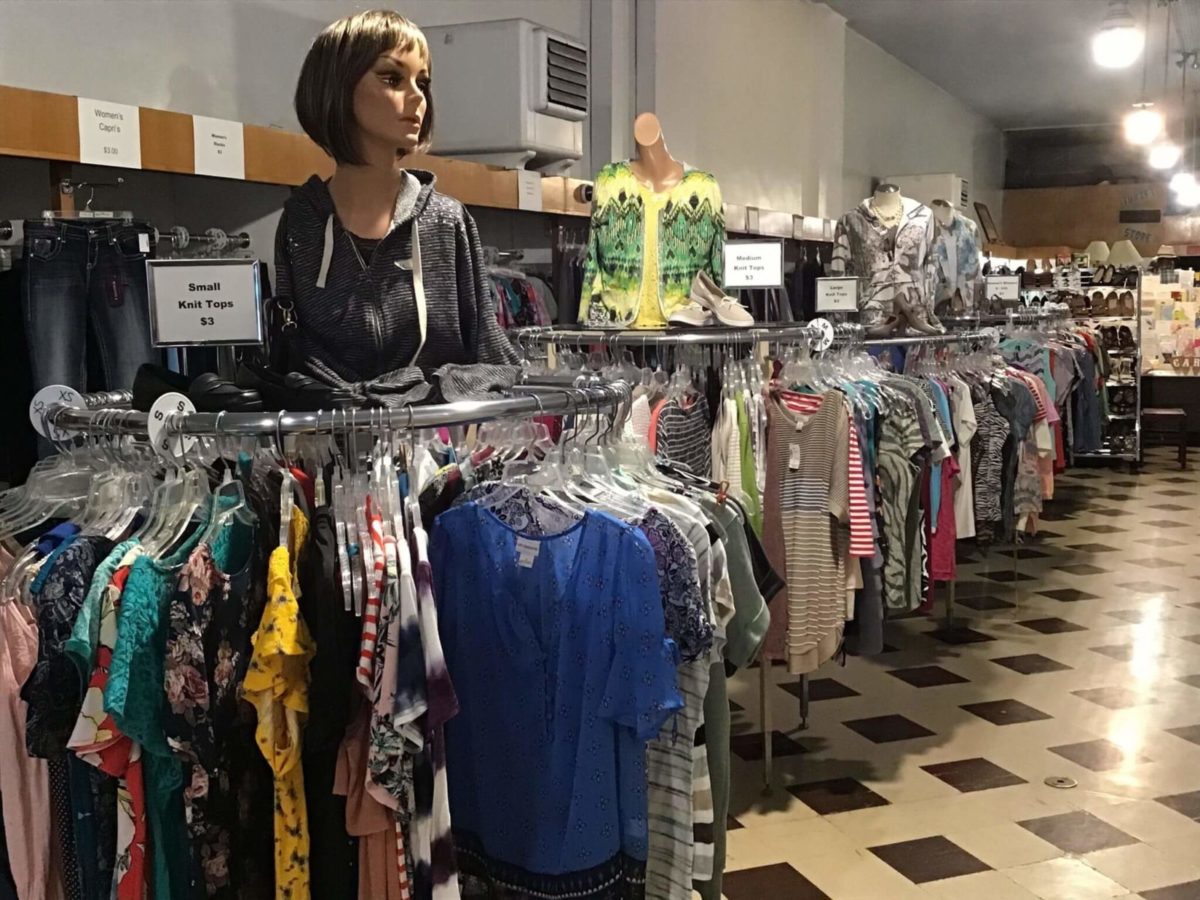 Many say Bargain Box is just as good as any department store in the area.

And, if you’re doing the math, yes, Bargain Box is celebrating its 60th Anniversary this year, which speaks greatly to the stamina and fortitude of the volunteer “ladies” (as they still call themselves) who have run it successfully throughout the decades.

Most of these women are in their 60s, 70s, and 80s. To them, age is not a number. They don’t mind the occasional aches and pains from standing on the store’s sales floor to help customers or being in the back room to sort clothes and fold them or place them on hangers during their three-hour shifts. They are driven by their love of the people served at Mosaic.

Astonishingly, the store’s senior volunteer is 99-year-old Lorna Waldmeier, who started to volunteer for Bargain Box in 1984. She still goes to the volunteer meetings and sometimes helps with sorting. “When my car’s steering went out right after my 99th birthday last December, I stopped driving, and now a lady friend takes me there.” At home, her main task is to take the empty grocery bags donated by customers and others; she flattens and arranges them to be used for shoppers checking out with their found treasures. “I have a niece with IDD, and I’ve been very fortunate. God gave me the gift to volunteer for Mosaic, which I really enjoy.”

Although the store has historically been open four days a week, this last fiscal year 2021 with the pandemic—which caused the store’s three-month closure and a re-opening to greatly-reduced hours—the women were still able to give 8,000 volunteer hours and $35,000 to Mosaic.

Alicia Buhr, associate director at Mosaic in Beatrice and whose mother, Diane Baxa, volunteers at Bargain Box 10 hours a week, remarked, “We are so appreciative of all the Bargain Box volunteers, and we were especially grateful of what they willingly went through this last year to still raise thousands of dollars.”

Bargain Box money raised made it possible during the last few years for Mosaic in Beatrice to buy two electric wheelchairs, a therapeutic bed, head protective gear and many other necessary items to help those served be included with others and to live their best lives.

And, while this last year has been tough, the road ahead promises Bargain Box will soon return to its full glory. Volunteers and customers, now mostly vaccinated for COVID-19, are coming back.

“We prepared the store all weekend by cleaning and putting out all our new spring and summer clothes in preparation for the Thursday, April 1 ‘grand’ re-opening,” said Koenig. “There was a line down the block before we opened, and items were flying off the shelves so quickly, we had to restock them at 11 a.m.!”

How much did they raise that day in six and a half hours? More than $2,000. Not bad from selling merchandise priced just 50 cents to five bucks. 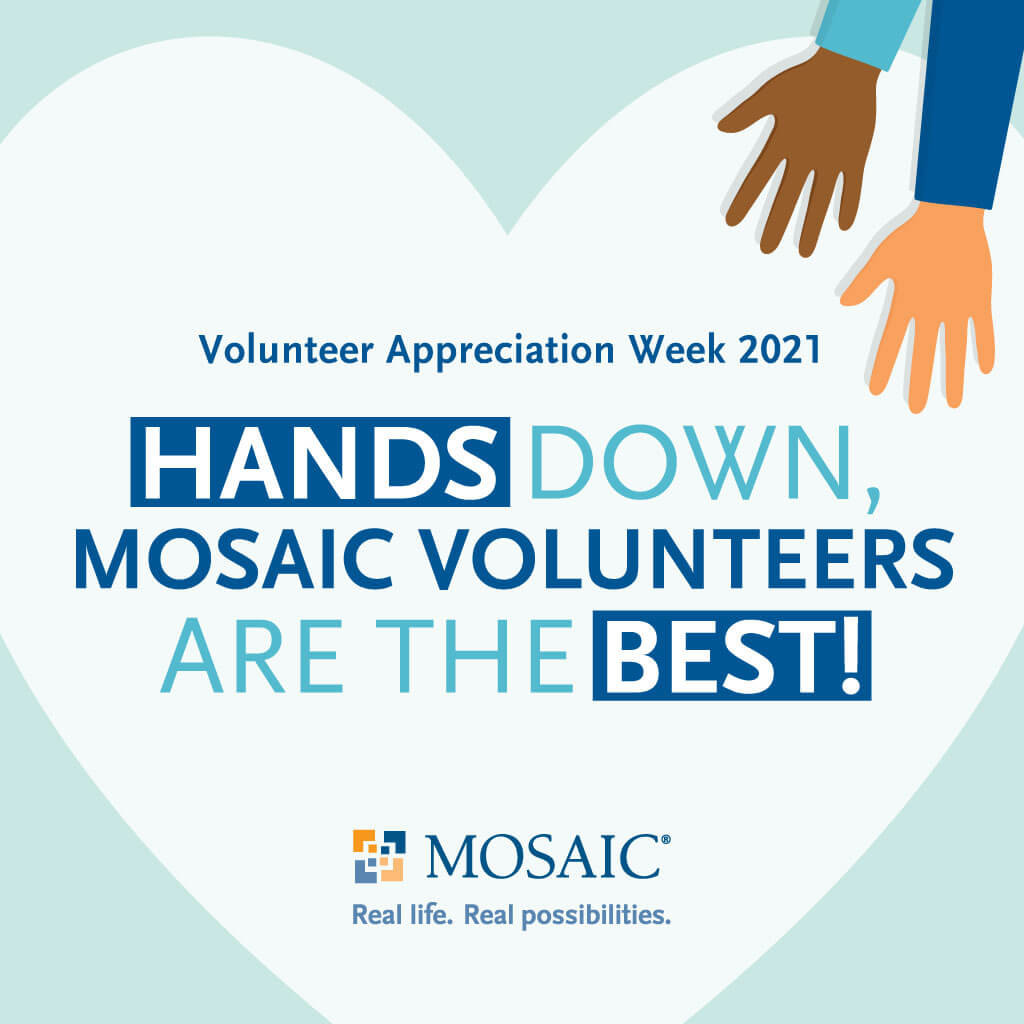 ‘A Little While’ Becomes 40-Year Career

READ MORE
The 2022 Summer Edition of ‘Promise’ is Here!