Building a Legacy of Generosity

Married nearly 55 years, the values of their rural South Dakota childhoods still motivate Ruth and Virgil Johnson. They learned early on that helping one another isn’t extraordinary; it’s what you do.

Noting how they helped other farmers in times of injury or illness, Ruth said, “You did many charitable things you didn’t think about. It’s what everybody did.”

The Johnsons are members of Mosaic’s Legacy Society and have remembered Mosaic in their estate plan. They are moved by the work Mosaic does, providing care for people with disabilities.

“Mosaic’s goal is to help people accomplish something,” Virgil said. He knows that work first-hand, having served as a board member years ago. “If it wasn’t for organizations like Mosaic to come around and help, I don’t know who would.”

Ruth remembers knowing only a few people with disabilities when she was growing up. Virgil noted they “were more hidden than now. You didn’t expect them to get out and do things or to have jobs.”

The couple’s awareness of the capabilities of people with disabilities grew through the activities of their own children, now all in their 40s.

“Our younger two children went to school with children with disabilities,” Ruth said. “The kids would go and read to them or work with them.”

Two of their children also worked with people with disabilities while in college; one worked for Mosaic’s legacy organization, Bethphage. Ruth remembers the people she supported coming to her graduation and “hooting and hollering for her” when their daughter walked across the stage.

The Johnson’s involvement with Mosaic goes beyond giving. They serve on the National Leadership Council for Mosaic’s Called to be Bold comprehensive campaign.

Their continued involvement and giving comes from a place of gratitude, Ruth said, but also other reasons.

It’s rewarding,” she said. “You feel like you’re helping someone. Sometimes it doesn’t take much to make people happy.” 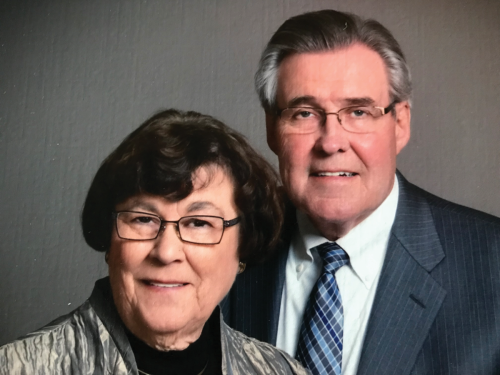 Ways to Give: Planned Gifts

Consider becoming a member of the Mosaic Legacy Society. There are a number of options for creating a gift in your estate that can benefit Mosaic and you.

Some options include bequests, charitable trusts, gift annuities and life insurance. Remembering Mosaic as a beneficiary of your estate plan will provide a lasting legacy of your commitment to Mosaic’s mission. These gifts should be considered within the full framework of your estate plan and after seeking professional counsel.

Call 402-896-3884 for more information on Mosaic’s planned giving services and how we can help you secure your legacy.

Ways to Give: Retirement Assets

Don’t miss the chance to make a charitable IRA gift this year! If you are 70½ or older and own a traditional IRA, please consider making an IRA charitable rollover gift to Mosaic this year.

A gift from your IRA to Mosaic may reduce your taxable income while helping Mosaic provide a life of possibilities for people with intellectual disabilities.

Contact your plan administrator to make a qualified transfer from your IRA to Mosaic.