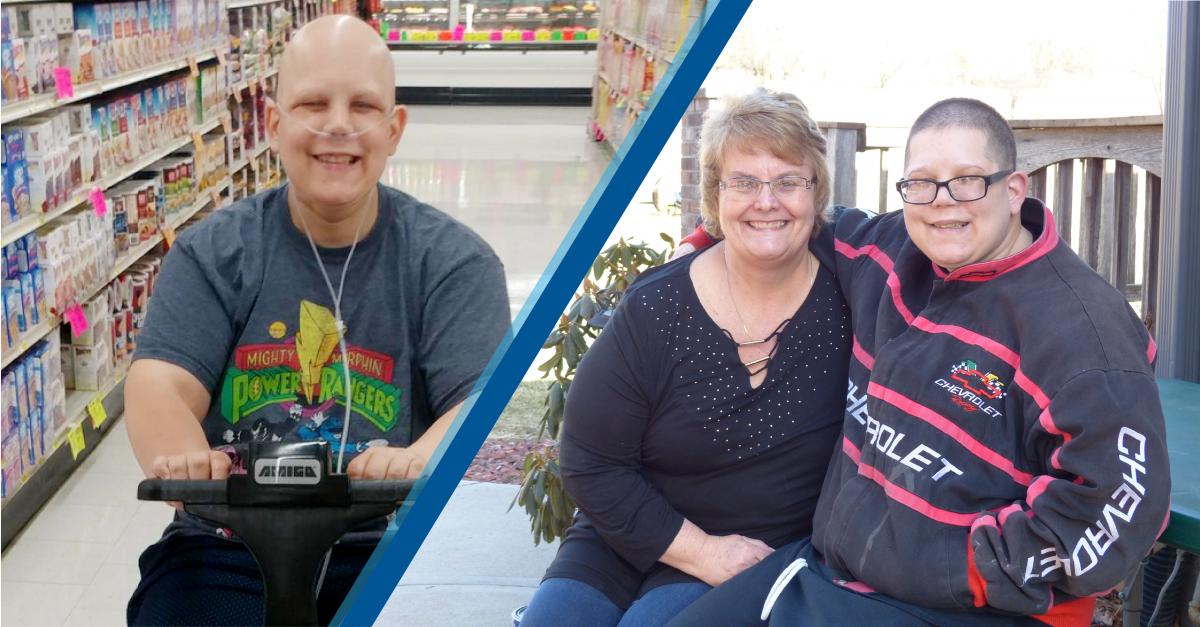 Watching Drew, you’d never know what he’s been through the last few years. Drew has battled cancer. Twice. He is now in remission.

Because of his health, Drew’s mother, Christine, was skeptical about moving Drew from his Mosaic group home to a host home with Julie and her husband Pete. She now could not be more pleased.

Julie is a nurse. Under her watch, Drew, who had been in and out of the hospital, has not been hospitalized once.

Julie and Pete talk about Drew with affection. Pete and Drew are good buddies working together in Pete’s shop, going to the hardware store or, most commonly, breaking up in laughter as they feed on each other’s humor.

I love to share stories like Drew’s. Overcoming the battle with cancer twice is remarkable. But when his health was at its worst, Mosaic was always there to support him. When he was hospitalized, our staff stayed with him – even though we receive no funding to do that.

Christine had raised Drew at home and brought him to Mosaic when he stopped receiving in-home supports. She knew he could become angry sometimes, so she wanted him in a group home – she thought eight-hour shift staff would not lose patience with him.

She loved Drew’s group home. But when Mosaic staff suggested a host home, Christine took him to a different provider. She learned other providers are not like Mosaic, so she brought him back.

“At Mosaic he seemed to blossom,” she said. “I was getting pictures of all these things I never would have thought he’d be able to do.”

“They’ve made him a lot more independent,” Christine said. “If he had stayed at home with me, he would not be doing as much for himself.”

Mosaic was good for Drew. But his life has expanded even more with Julie and Pete.

“Julie and Pete take him to theatre shows, they take him to church, out to eat,” Christine said. “They really understand him and what he wants to do. They embrace who he is.”

Drew likes to entertain, and Julie and Pete enjoy being his audience. They rave when he shows off his Michael Jackson moonwalk, and laugh as he mimics a duck or a cow and imitates movie characters, like Beetlejuice or the wicked witch in The Wizard of Oz.

They also note other sides of Drew. His compassion shows when he’ll say “That poor thing!” about a person who is struggling. His sense of adventure comes out with one of his favorite phrases: “Why not?”.

Drew’s story shows the scope of Mosaic’s mission. We support people with disabilities. But we also help their family members and those who serve them have a better life, a more fulfilled life.

Our donors play a part in that success. A gift to Mosaic allows us to walk with people through all of their life journeys. They rely on us, and in turn, we rely on our donors and friends.

P.S. One of our employees said the world would be a better place if everyone could spend some time with Drew. I think she hit the nail on the head.